It is for this reason, the Instagram team always come up with their innovative features, among which is the latest ‘Third-party Data Restriction Feature’ that makes it possible for Instagram users to control the data they share with these third-party services. 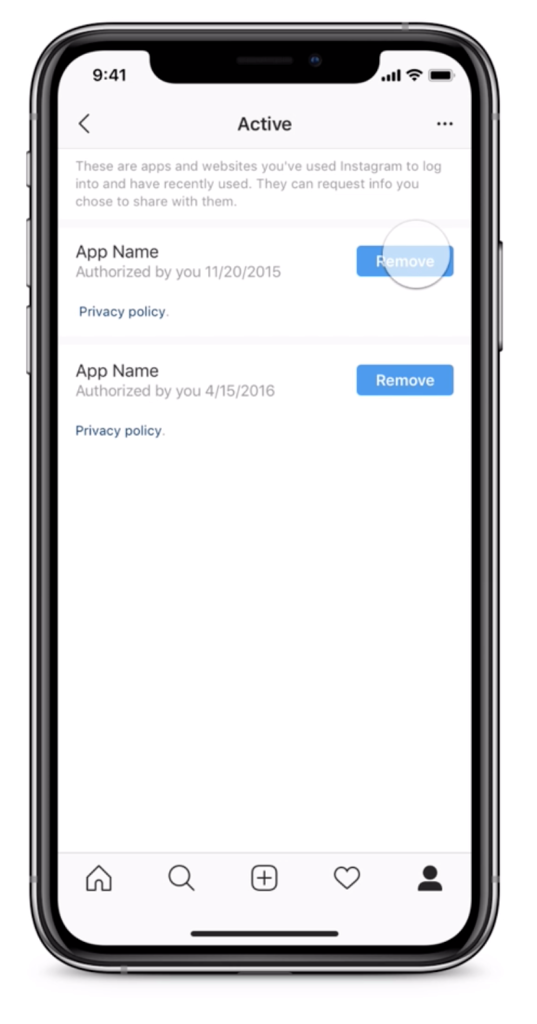 The third-party applications and services typically offer its users choose to “Import photos from Instagram app” as well as to “Connect to Instagram.”

And when an Instagram user does so, these apps and services access to particularly anything that is stored in user’s accounts.

A few similar scenarios would be applications which allow a user to print their Instagram shots, or which lets you build websites, etc.

Following a user connects his Instagram account to such third-party apps, these services and applications get access user’s every profile information ranging from usernames to the pictures one uploads online.

Following the update, Instagram users would be at ease to handle every such app and services in just a few taps.

Instagram users would be able to manage all such third-party apps and services within their Instagram app.

Users can manage their links to all third-party solutions simply by visiting their “Settings” section within the app and then selecting “Security” from the given options.

Wherein after, users would be provided with the choice to unlink any such third-party services from their Instagram account they do not wish to continue.

Additionally, in order to make sure that every user acknowledges the data he is sharing with such third-party services, Instagram further brought out an authorization screen (see the image below) which would display all the data these third-party applications are accessing.

From the given options, users would have the ability to either ‘authorize’ or ‘cancel’ any such permissions to these third-party services right from the presented authorization screen.

It came as a complete surprise though, when Instagram said it would release this feature six months later that is definitely way more time Instagram usually takes.

In most cases, a rollout usually takes only a couple of weeks to reach the global audience.

Hence there has been a lot of buzz and curiosity in the air around the globe.

Although the fact can’t be denied that Instagram users urgently need such an update considering the prior cases that happened at its parent company Facebook- ‘Cambridge Analytica’.

The massive data scandal (Cambridge Analytica) basically occurred due to the fact that users had their accounts connected to such third-party services which collected users’ personal data without their consent.

It’s still in the air why does it taking so much time for Instagram to roll out this feature.

While others are deeming it as something that Instagram doesn’t consider as important, one of the most reputed tech blogs ‘TechCrunch’ has an altogether different take.

According to TechCrunch, the reason for such a slow rollout is tied to API changes for developers.

They further stated, “The company is giving developers time to move from the Instagram Legacy API Platform to the Facebook Graph API.”

In the recent developers’ announcement, the company brought about certain changes.

“Starting today, we are migrating the final permission from the Instagram Legacy API Platform (“Basic Permission”) onto Facebook Graph API (“Basic Display API”). This tool provides people with the option to import photos from Instagram, connect to Instagram profiles and more. With this migration, the Basic Permission for Instagram Legacy API Platform will be deprecated on March 2, 2020,” said Facebook during its developers announcement.

The Instagram team brought up this updated API so as to safeguard its users’ safety and data privacy.

Following the updated API, users will have the ability to choose what data or info they would like to share with such third-party applications.

They would additionally be able to revoke permission to such third-party services with their Instagram application.

The API update would divide ‘profile’ and ‘media info’ into two different categories to apply permission for.

Moreover, users would find a number of data elements deprecated, for example- followers count and location info so as to lessen the amount of data exposure and safeguard users’ privacy.

Well, we don’t know exactly when it would roll out. There may be chances it is released earlier to our expectations.

I mean, who knows?

By the way, let me know in the comments section below about your views and suggestions.

And please do share if you liked this article.