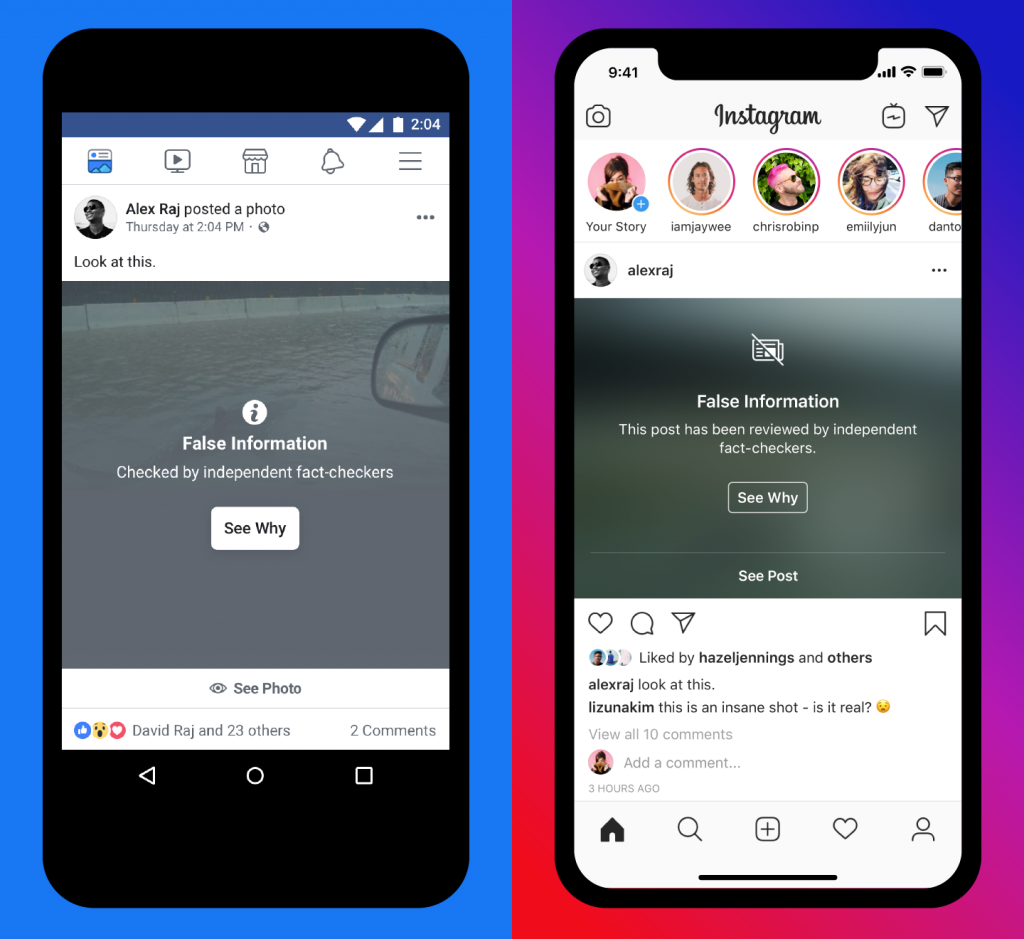 Are you sick of seeing False Information?

Instagram has turned to more of a place to run your propaganda online and spread fake news for some people.

The record coming from “New York University’s Stern Center for Business and Human Rights“ affirms a fact that the majority of the disinformation during the 2020 elections is not going to originate from other adversaries, like for example- Russia and so on.

It further mentions it would be rather via fellow Americans!

The research claimed that Instagram is going to be positioned to play an important part in airing 2020 disinformation campaigns.

Moreover, the exceedingly misuse of Instagram during the 2016 US election campaigns is not something that could not be ignored for the fact.

It is for this reason, this Monday on October 21, Facebook publicized in a press release on the subject of “Helping to protect the 2020 US elections” so as to curb the spread of misinformation on its platform.

It further mentioned that the fact-checking label feature should take a month to conspicuously run on both the platforms.

Initially during a American Television interview, Instagram chief Adam Mosseri informed ‘CBS’s Gayle King’ that the company network is working doggedly so as to minimize the risk of international intervention in the upcoming presidential political election.

Having refined his pressure management skills by overseeing Facebook’s News Feed, the 36-year-old Mosseri today represents a new age of Instagram, referring “the comfort and safety” of gram users his top emphasis.

Following this feature rolls out, users would find the ‘Alert Label’ tags on top of the images and video clips, incorporated upon the user’s story or post which have already been rated as ‘false’ or perhaps misleading to some extent via Facebook’s Third-party Fact-Checking (3PFC) partners.

All this would be done by Facebook in order to ensure that users on the Instagram platform “feel better and decide for themselves what to read, trust, and share.”

Recently, in the second week of October, Instagram was termed as ‘the most effective tool’ by the Senate Intelligence Committee so as to shape political polls in someone’s favor in its report that it conducted regarding interference of foreign bodies in 2016 US elections.

It is, for this reason, Instagram came up with this new feature to combat such fake news that could possibly affect the mass in a misleading way. 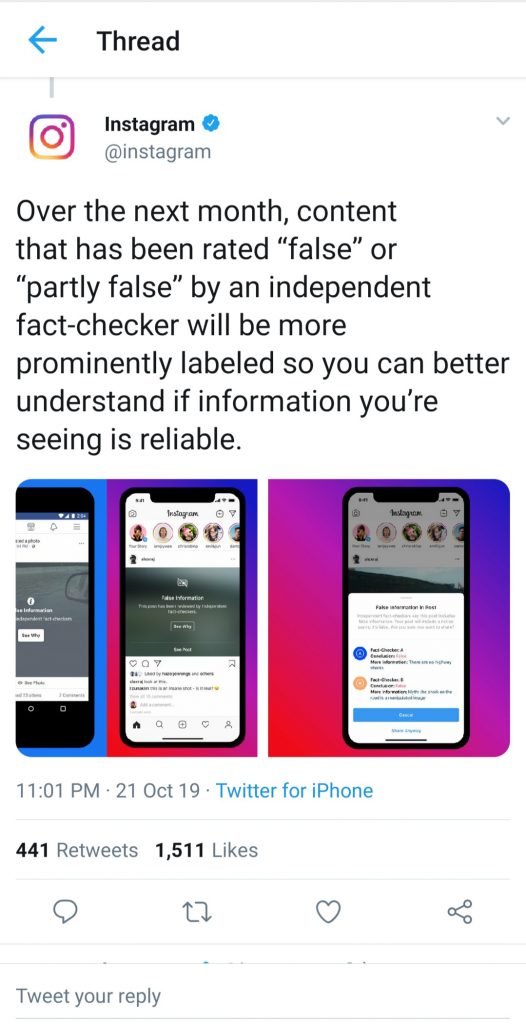 Having said that, a ‘False Information Label’ would make it easier for users on Instagram to acknowledge if the fact in post is true or not.

Soon after the rollout of this feature, Instagram users are going to be cautioned via a pop-up if they happen to be sharing already tagged false information on the platform.

Facebook seemed to have already cut down on social syndication of such labeled unreliable content and accounts by taking off all such posts from other user’s explore sections and hashtags feed.

It further enabled its users to flag deceptive posts or stories on Instagram (a feature that kicked off in August); nevertheless, only US-based fact-checkers could authenticate the flagged content.

Prior to these updated features, Facebook Inc. was not as strict as it is now for stopping misinformation on the Instagram platform.

Although it was better on parent company Facebook where the false information was curbed so as to prevent it from further distribution on News feed.

Additionally, the groups or pages who continuously kept their sharing gear on for such misleading content were penalized.

Furthermore, they could not advertise or monetize their Facebook group.

So in case if a user shares something that is quite deceptive in nature, users would find a pop-up with the notification saying- “Independent fact-checkers say this post includes false information you post would incorporate a notice it is false, are you sure you want to share?”

So in case if the user still shares it that post, it would show ‘false info’ label alert on the top.

The posts that were debunked via fact-checkers would less likely appear on other users feed to minimize the spread of misleading content. 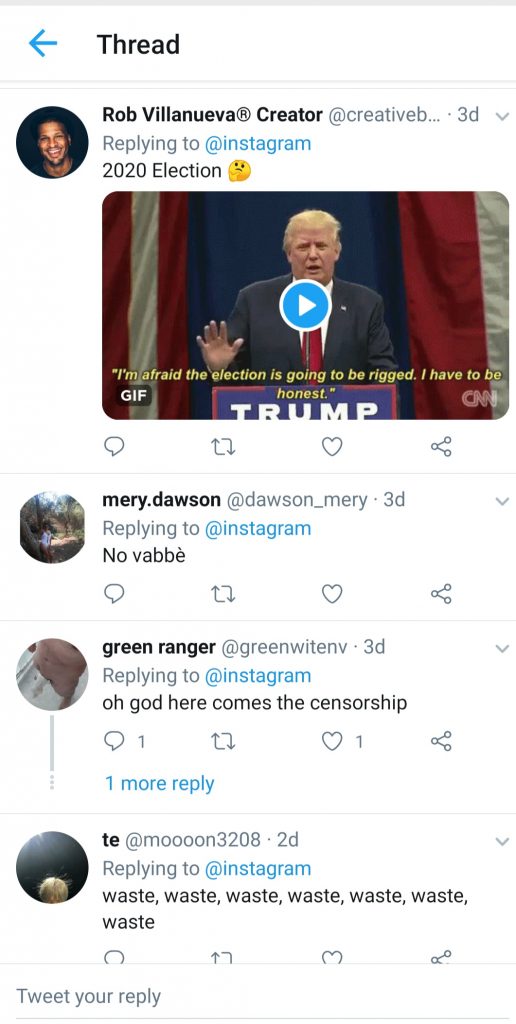 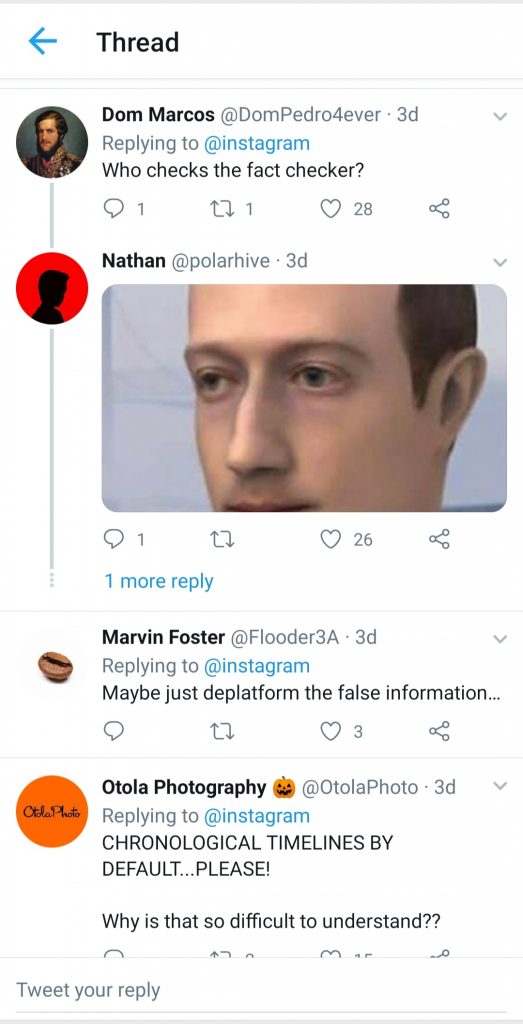 On one hand, it seems it was pretty late for the company to roll such feature; nonetheless, the importance of such feature could not be ignored.

So, it is better late, than never!

Users all around are quite excited as you can see in the images above.

So let us see if it serves the purpose it was rolled out for, or fails miserably in execution.

By the way, what according to you could have been better?

Do let me know in the comments section below about your views and suggestions, please share the article if you liked it.